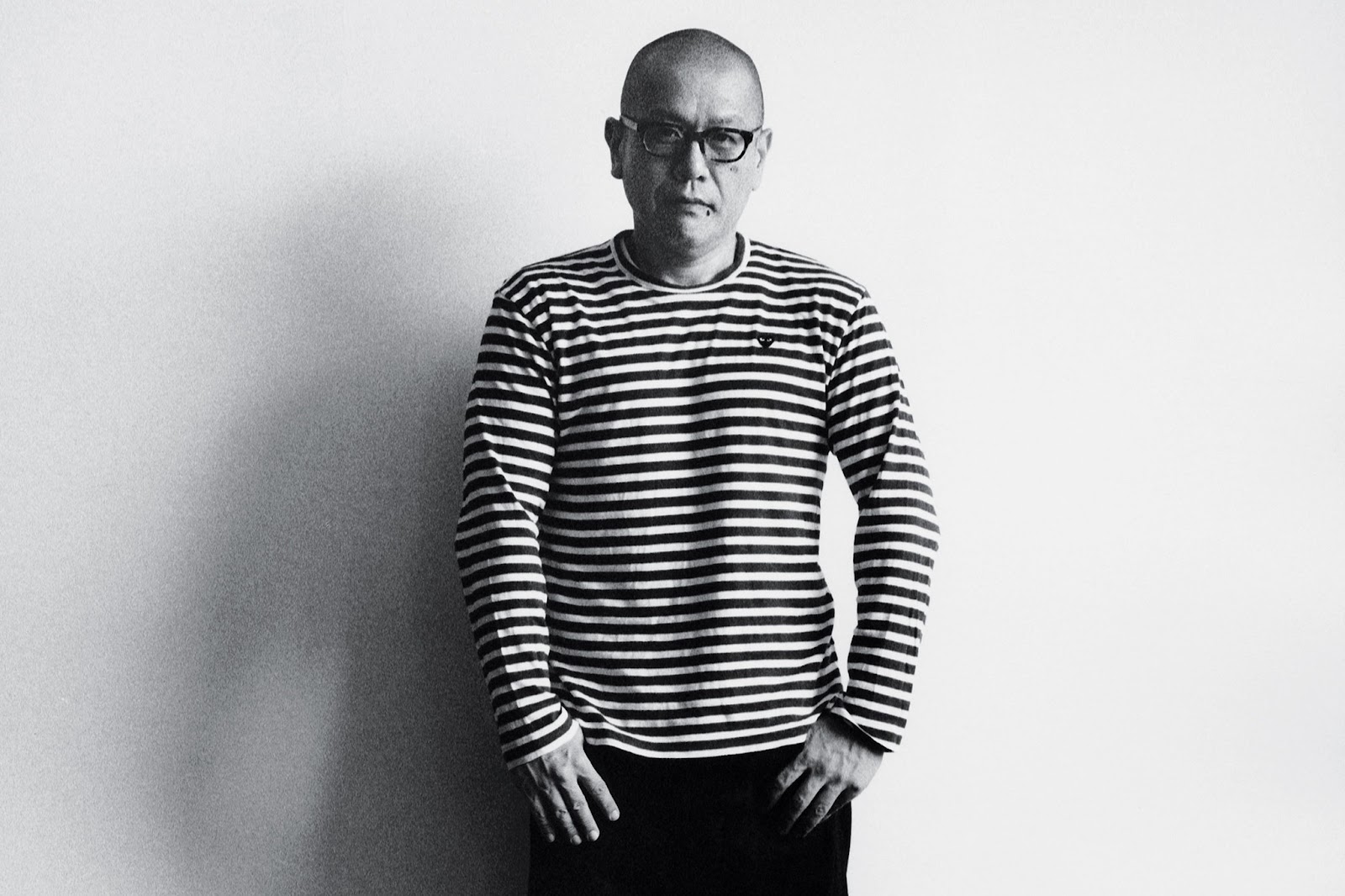 The Career of Junya Watanabe

In the aftermath of World War II, Japan’s manufacturing industry underwent a dramatic restructuring. In tandem with the Marshall plan and the abandonment of military nationalism, Japanese companies found themselves at the forefront of a cultural regeneration in which they were central to emerging notions of civic identity and Japanese design. In the process, new philosophies about the meaning of engineering and production took hold, and the world of fashion was no exception. The work of Junya Watanabe exemplifies the close connections between engineering, manufacturing, and design within the Japanese fashion industry that emerged from this period of transformation.


Watanabe’s career began when he graduated in 1984 from Bunka Fashion College in Tokyo, finding an apprenticeship as a patternmaker at Commes des Garçons. Within a few years, Watanabe took the helm of Kawakubo’s line Comme des Garçons Tricot (Knitwear). He would later take over Commes des Garçons Homme in 2003 in partnership with Kawakubo to replace Keiichi Tanaka. Working within the empire of Commes des Garçons, Watanabe had privileged access to groundbreaking materials that he took advantage of to craft a new vision, one which both reflected and set itself apart from prevailing approaches in Japanese fashion at the time. 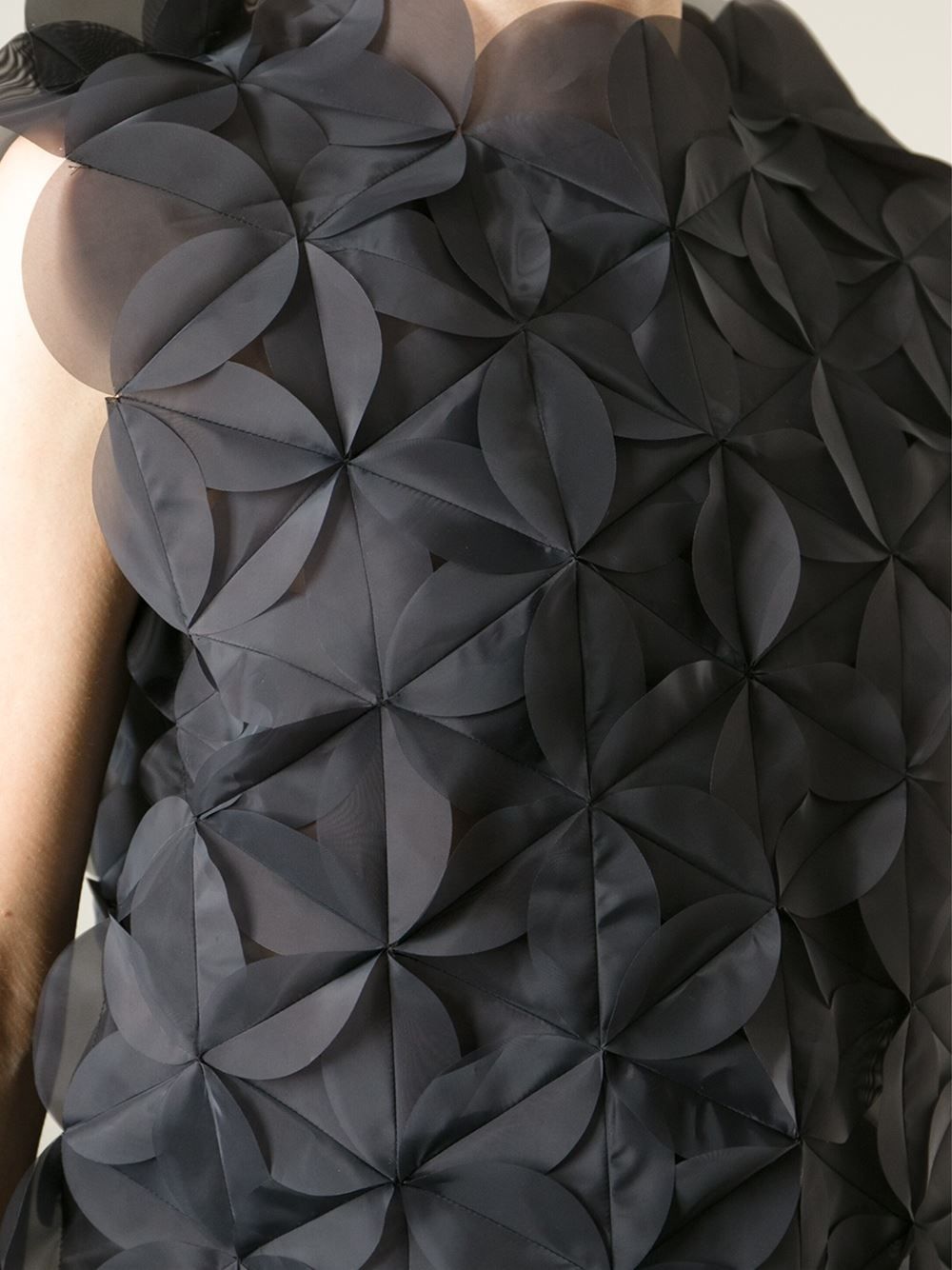 Like many of his contemporaries and influences in Japan, Watanabe has pushed the envelope for textile construction and material technology. Using lacquered finishes like iridescent cellophane, laminated polyurethane synthetics, and stainless steel-splattered polyester, he has woven metals, plastics, and in a way that gestures to the tradition of Japanese textile innovation pioneered by artisans like Junichi Arai and exemplified by the work of designers like Issey Miyake. In one collection, Watanabe placed a rainstorm on the catwalk to showcase his waterproof materials.

His work exemplifies the deep interrogation of technology and its implications for fashion that began in Japan in the late 1970s and 80s, facilitated by innovations in textile manufacture and popularized by stylist-designers like Rei Kawakubo. Watanabe’s work is self-consciously reflexive about this influence—in one case, he printed a floral design on antistatic film, a material usually used to limn the inside of computers. 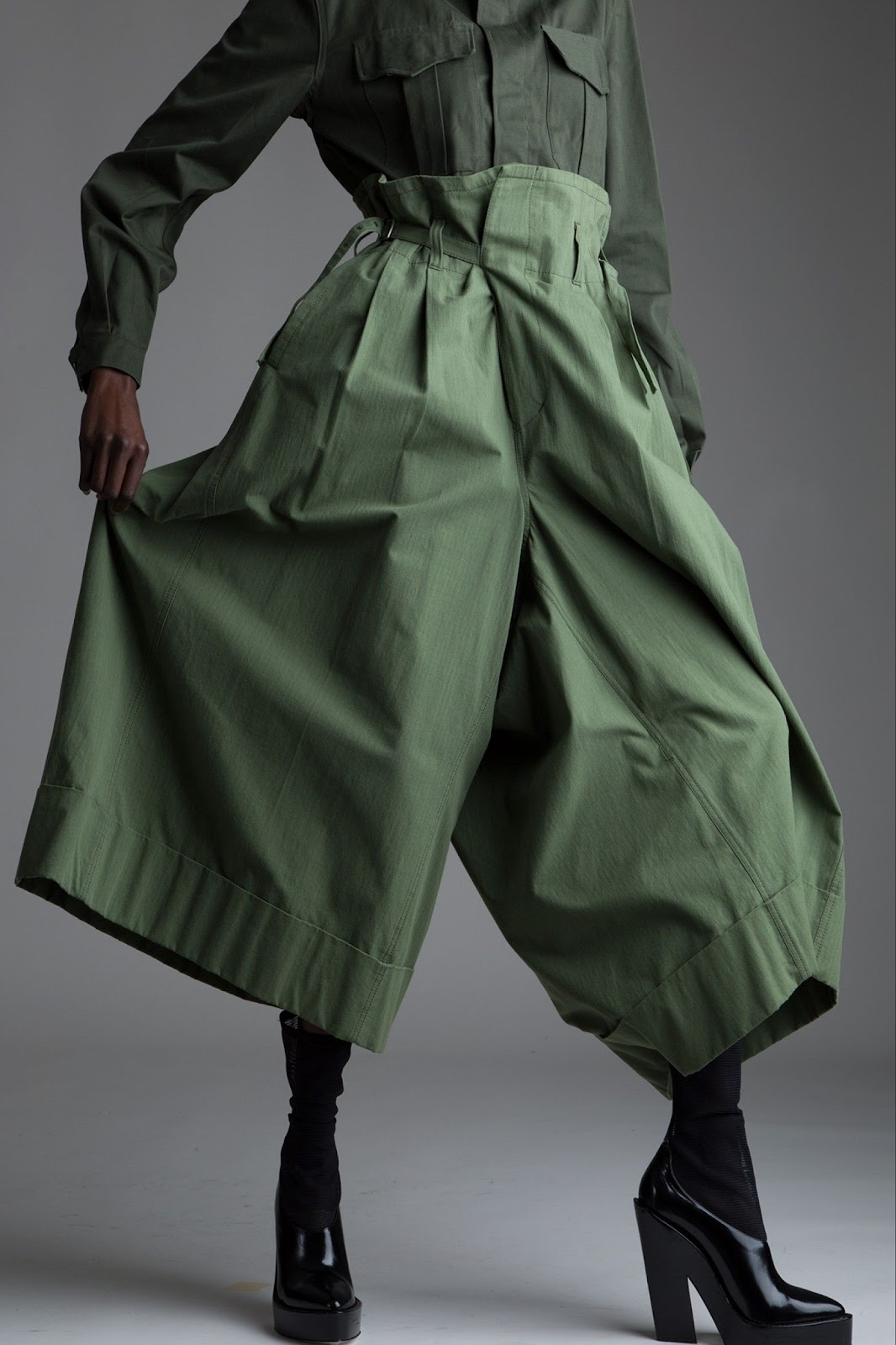 While Watanabe has become known for shocking cuts and interesting twists on the tradition of Japanese deconstructionism, in his creative process, experiments of form follow from experiments in textile. Like Miyake, Watanabe often begins with the textile itself, carefully crafting or selecting a fabric that harnesses the potential of manufacturing innovations to craft provocative images of the future. This reliance on technology, which guides and frames the pattern-cutting by situating the endeavor as a meditation on the specificity of fabric, its particular industrial story, becomes an engine of creativity. For this reason, it is difficult to pin down much of Watanabe’s work as referential, or historical. Rather, it evinces the futurist spirit of postwar Japanese modernity, untethered from the parochial vision of nationalism, adrift in the accelerating field of industry. 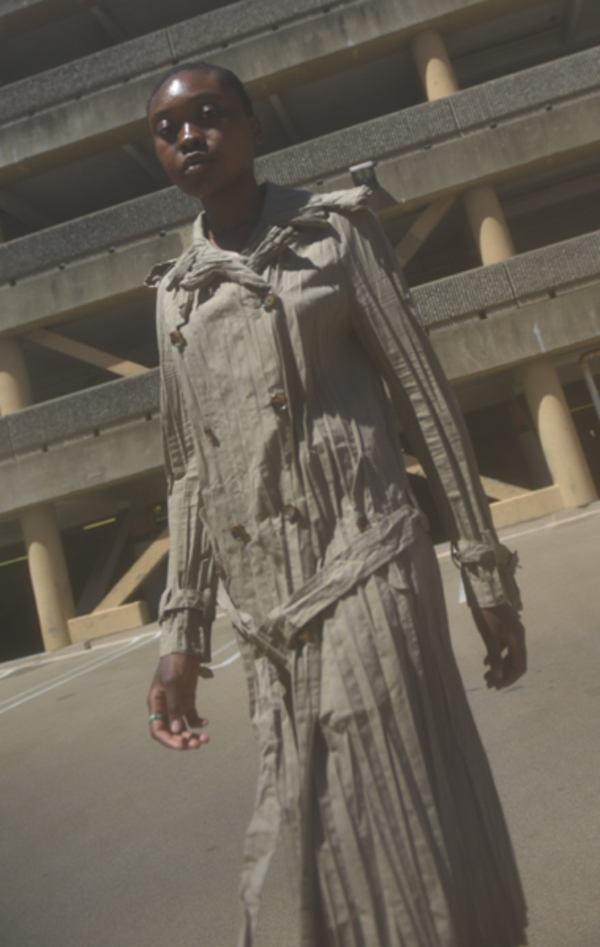 And while Watanabe’s work has been renowned for its impeccable craftsmanship and moldbreaking use of technology, it also provides a window into the interface between fashion and industry, and the ways in which industrial ideology informs the worldview of designers. When interviewed Watanabe frequently references monozukuri, an old philosophy of Japanese craftsmanship that has taken on a new character in the wake of Japan’s rapid industrialization.

The most visible and monolithic formation of monozukuri occurs in Japan’s automotive industry. At corporations like Nissan and Mitsubishi, the philosophy emerges as a way to clarify the distinctly Japanese approach at stake in the production of technology at industrial scale. Importantly, this approach was adapted—it reflects much of the organizational legacy of American Taylorism and Fordism. And yet, at the same time, the ethos of monozukuri captures a distinctly Japanese twist on these classical programs of high modernism. 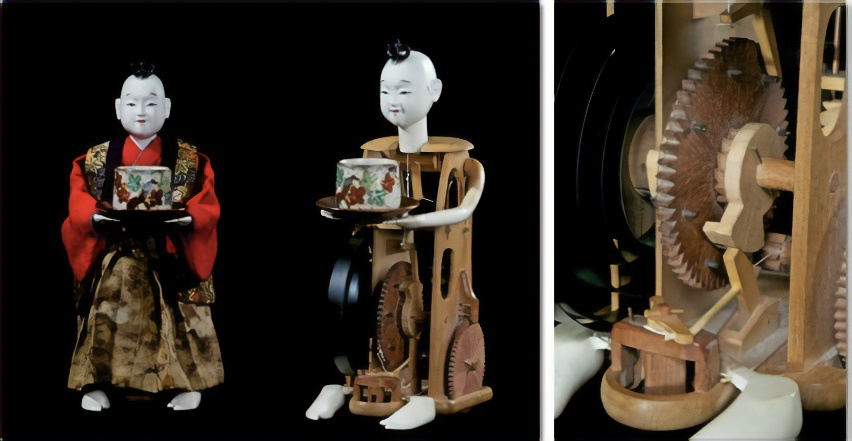 The historical meaning of monozukuri is closely tied to the Tokugawa-period and the eclipse of ‘isolated’ Japanese craftsmanship with the opening of Japan in 1853. In many ways, monozukuri is a cultural grammar for apprehending technological change. In the 19th century, Dutch-imported clockwork mechanisms facilitated karakuri culture—the integration of simple mechanical dolls into society. In the tea ceremony, a foundation of Japanese cultural life and spirituality, these basic robots served an important function while also identifying a certain ‘Japanese’ approach to the industrial design of emerging automated technology. 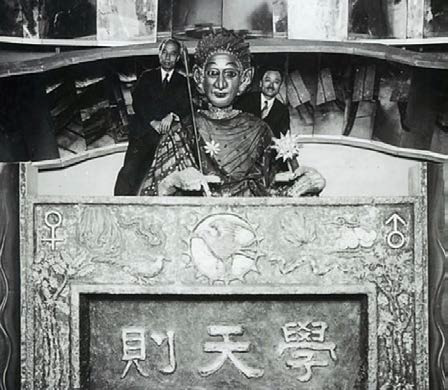 More specifically, this approach was founded in the unique identity of the craftsman, whose mastery was a necessary supplement to the imported technology that became the foundation of a new social artefact. As Mateja Kovacic, a researcher at the Nissan Institute described it in a paper about monozukuri and the history of Japanese robotics,

The same mechanical skill applied to wood to create these dolls in the Edo period was applied to iron starting in the Meiji period, giving Nagoya artisans a certain authority which helped them play a large part in the industrialization of Japan.

In other words, monozukuri involved an agency or authorship for the Japanese creator that elevated technology from the context of imports and trade networks. In Parisian fashion, by contrast, the centrality of the craftsman fell apart with the decline of the guild system and gave way to an incipient celebrity culture defined by early couture houses like Fortuny’s. When considering the fragile position of Japan in the postwar period, this piece of monozukuri’s heritage is vital: as it was negotiating constructions of nationhood and civic identity, the philosophy of Edo-period craftsmanship resurfaced as a way to narrate the construction of new Japanese futures no longer bound to imperial nationalism, but framed by a new story about what it means to create Japanese things in a globalized world.

One reading of these developments might locate in monozukuri the ‘Americanization’ of Japanese manufacturing. Undoubtedly, this is true, just as it is true that the first karakuri were a reflection, not of singular Japanese authorship, but of a cultural entanglement between the tradition of Japanese craft and the structure of the Dutch trade routes that defined its technical milieu. Understanding this history helps frame the work of designers like Watanabe, which relies deeply on the global market for textiles and an interconnected world of technological infrastructure, but nevertheless works to convey a vision that is distinctly Japanese. 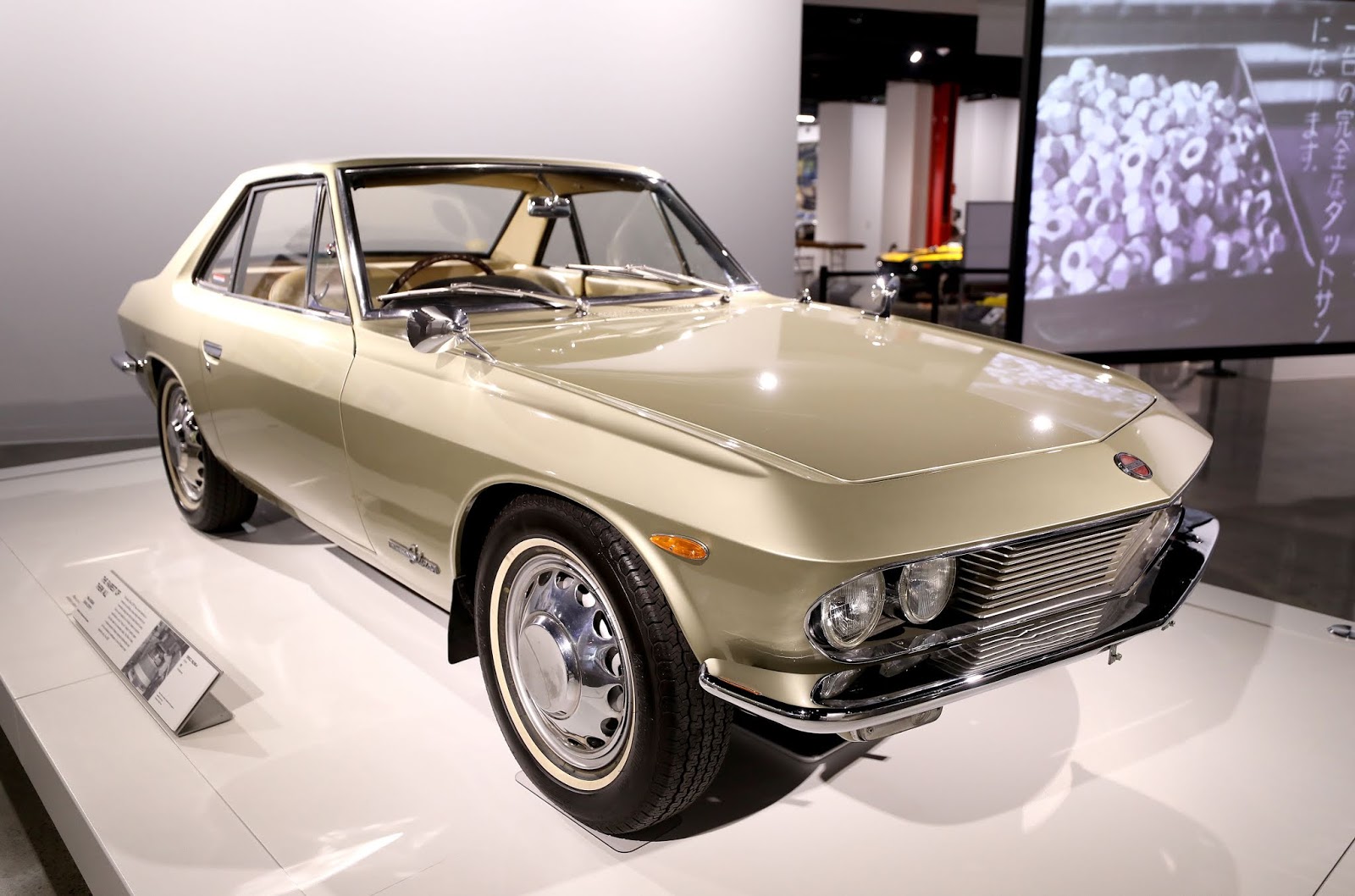 So it would be easy to dismiss the manufacturing ideology of Nissan as yet another export of the West, but to do so would be to ignore the way that the idea of monozukuri is itself a hermeneutic for negotiating the difference between the East and the West, as a distinctly Japanese grammar for making sense of this shifting global context. And in his work, Watanabe himself exemplifies the interface between design and industry that monozukuri, as a culturally-driven manufacturing ethos, produces in its artisans. In many ways, his work does not embody the attitude of the fashion designer, but of the historical craftsman—the one whose careful touch and singular skill elevates a piece of machinery into a work of cultural beauty. 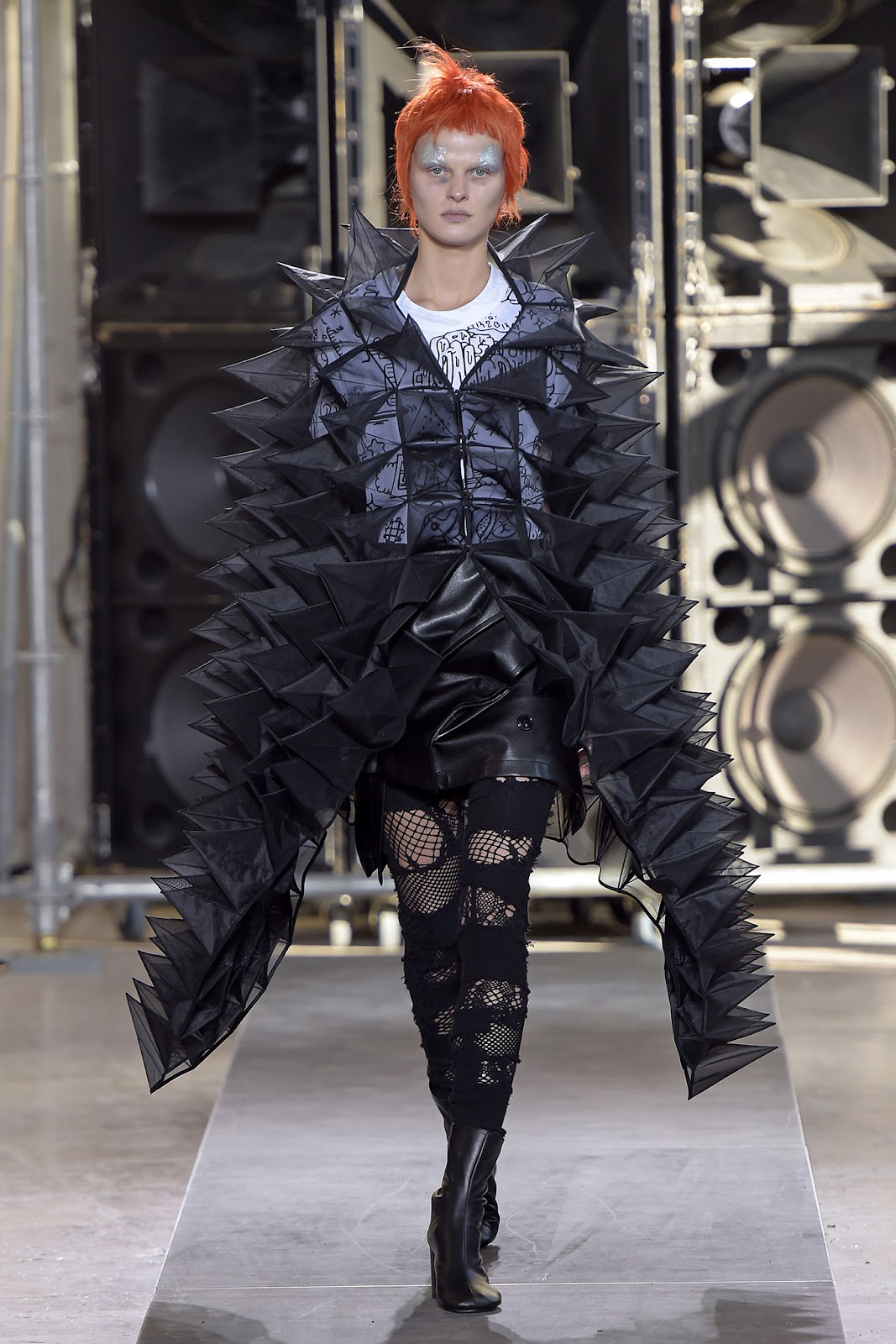